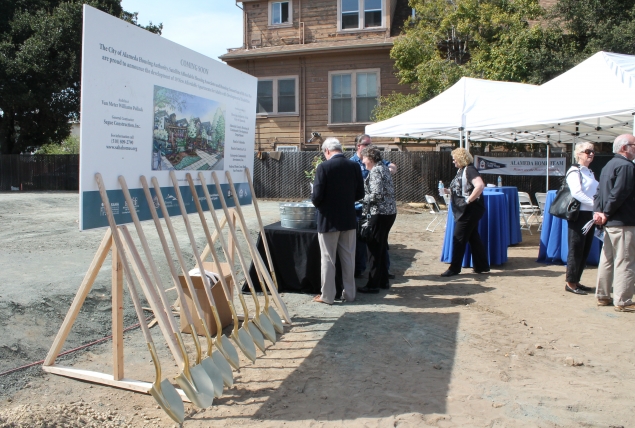 WHAT: Ground breaking ceremony for Jack Capon Villa, 19 units of independent affordable housing for individuals with developmental disabilities. The project leverages public and private sector funding to help subsidize the rental prices to be affordable for households earning no more than 50 percent of Area Median Income (AMI).

The event will include speaker presentations, a ceremonial ground breaking, refreshments and special guests.

Named after Jack Capon, a long-time resident of Alameda who founded the Special Olympics Program in Alameda and served as the volunteer director from 1973 to 1999, Jack Capon Villa will provide permanent affordable 19 one- and two-bedroom apartments for households in which at least one member has a developmental disability and total household income is at or below 50 percent of AMI. Because of project-based Section 8 vouchers provided by the Housing Authority of the City of Alameda, tenants will only pay 30 percent of their adjusted monthly income for rent.  The property is located two blocks from the Park Street shopping district, and will feature wheelchair accessible units and an elevator, an on-site manager’s unit, a community room, computer lab, environmentally-friendly building materials, and artwork by Creative Growth Art Center.  Jack Capon Villa is being built by Satellite Affordable Housing Associates and Housing Consortium of the East Bay, in partnership with the City of Alameda Housing Authority.