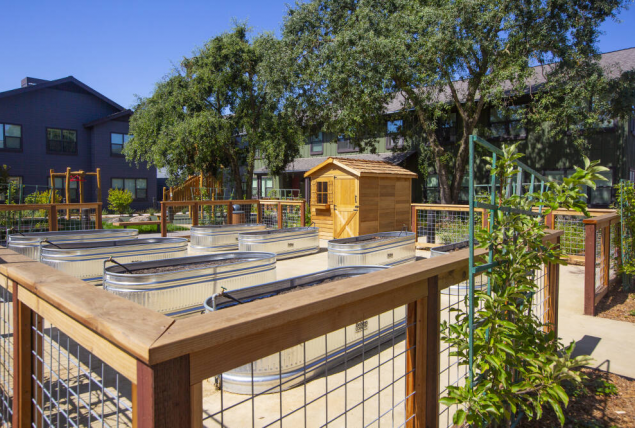 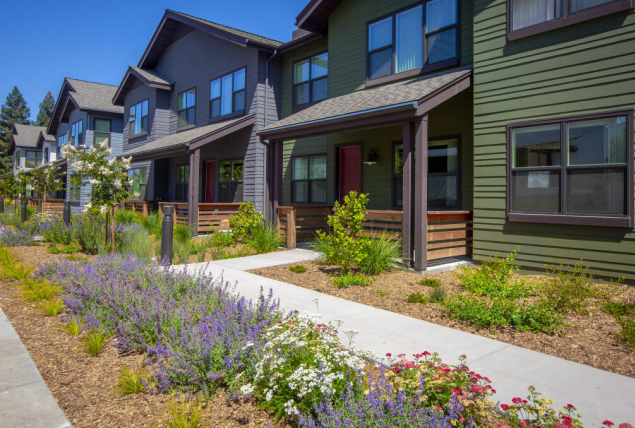 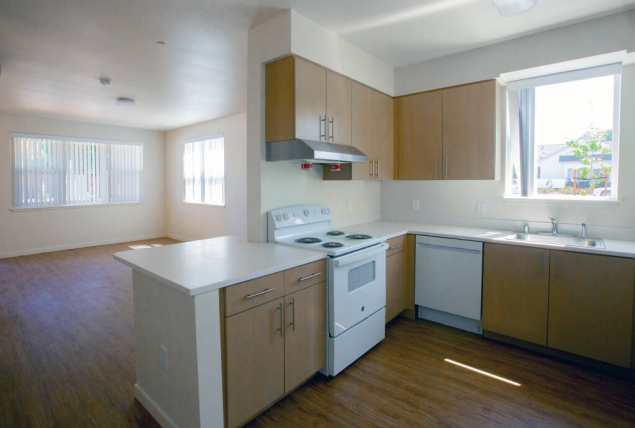 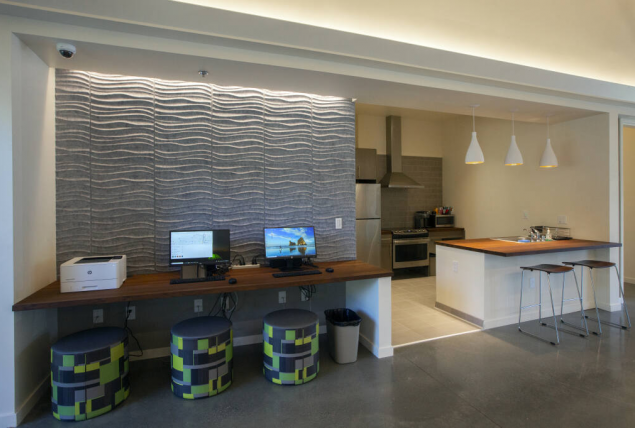 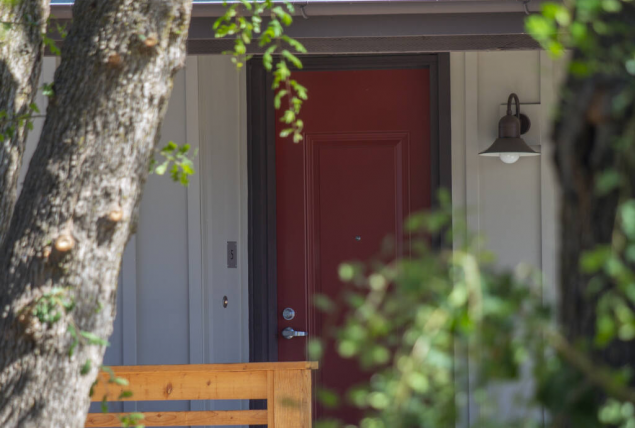 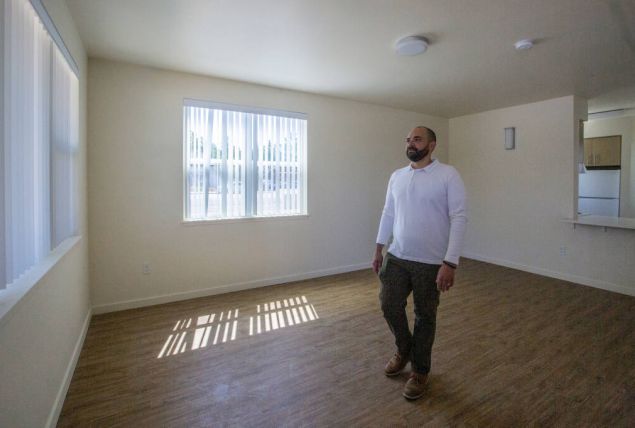 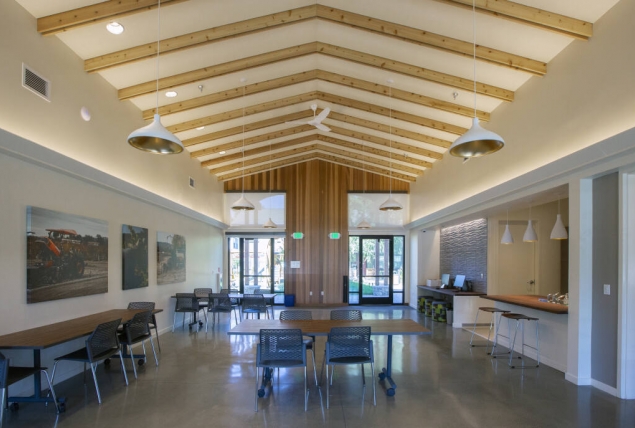 The apartments on Broadway at Clay Street were noticeably silent on a Friday morning in mid-July, the playground empty, the computers in the community room unused. At one point the sound of a TV and someone in loud conversation on a phone drifted down the stairs of a two-story apartment, but there was little other evidence of the 70 or so residents of Alta Madrone, the new affordable-housing complex at Sonoma’s southern edge.

The quiet was in marked contrast to the five-year effort to approve and build the apartments, proposed and constructed by SAHA Homes of Berkeley, Satellite Affordable Homes Associates. Adam Kuperman, a senior project manager for SAHA, had guided the project almost from the beginning through its many starts and stops, which included an agreement by Sonoma County and the City of Sonoma over ownership of the property, negotiations between SAHA and the city over the allocation of affordable housing units, neighborhood unease over the scale and proximity of the complex, and a kerfuffle over their original name choice for the development: Altamira Homes.

The name change was the least of their troubles – Fr. Jose Altimira founded the Mission San Francisco de Solano in 1823, but in the era of critical re-evaluation of many historical figures, his reputation as an oppressor of native peoples became glaringly inconsistent with modern values, and SAHA quietly changed the name of the project to Alta Madrone late in 2020.

By the end of the month, all of the 48 units are expected to be occupied; only a handful remained empty on July 23. After the initial project was proposed, and then revised with input from the city, neighbors and other concerned Sonomans, it was approved by the Planning Commission late in 2017 though immediately appealed to the City Council.

The appeal was denied in February 2018, but too late for SAHA to apply for necessary federal housing tax credits needed to begin construction. It wasn’t until late 2019 that the first stage “site clearing and grubbing” the 2-acre parcel began, and an estimated completion date was set for the spring of 2021.

Almost on schedule – despite COVID and the vagaries of a major construction project – the first resident moved in during May.

“We build beautiful buildings for people to call home,” he said of SAHA’s projects – almost 50 from Santa Rosa to Modesto, San Jose to Sacramento, with another 10 underway.

The project is composed of 100% affordable housing of one-, two- and three-bedroom units, all for low- and extremely-low-income candidates, plus parking for 75 vehicles and a community center for residents. That includes 10 units for homeless veterans, including Bob Krah, 63, who spent 20 years unhoused in Sonoma before he moved into his unit in June.

On the Broadway side, the complex is entered through a gate with the interior apartments facing the inner courtyard. On the Clay Street side, several apartments have doors and small patios facing the street – with a view of the Lodge at Sonoma’s loading area.

SAHA’s business model is to retain ownership and management of the developments they build, and an onsite manager lives in an apartment, always on-call to attend to residents’ concerns and issues.

The community building was underutilized in the time of COVID, though community meetings, special events – including a Thanksgiving feast for the residents – will begin to make use of the space soon.

The apartments are tidy – even the townhouse, with living room and kitchen downstairs, all three bedrooms upstairs, was cozy though far from spacious. But it has everything one could ask for in a home: refrigerator, stove, cabinets and closet space, mini-split air conditioning and solid construction.

Kuperman was generous and diplomatic about the challenges in seeing Alta Madrone to completion – though he acknowledged that it was the most difficult of the “four-and-a-half projects” he’s worked on at SAHA, especially because of the active neighborhood group that filed the appeal.

“It’s a very realistic and obvious thing to understand, that this used to be an empty lot and it’s now 48 new apartments, and was under construction for a year and a half during COVID and the fires – there was a lot to deal with,” said Kuperman.

Some of the neighbors are still unhappy with the development and vent their displeasure through social media.

“Some of the neighbors’ concerns have helped shape the design of the project, I think the project has come out very nicely. It’s a beautiful place and the input that the neighbors gave us helped get us here,” Kuperman said.

He then had to get back to the Berkeley office, and attend to his latest project, the Petaluma Avenue Homes in Livermore. He parted with, “That’s a wrap.”

Meanwhile, the new Sonoma residents, with an address at 1269 Broadway, got settled in. 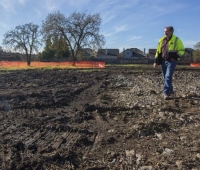 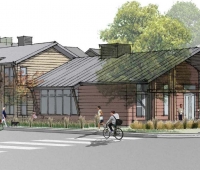