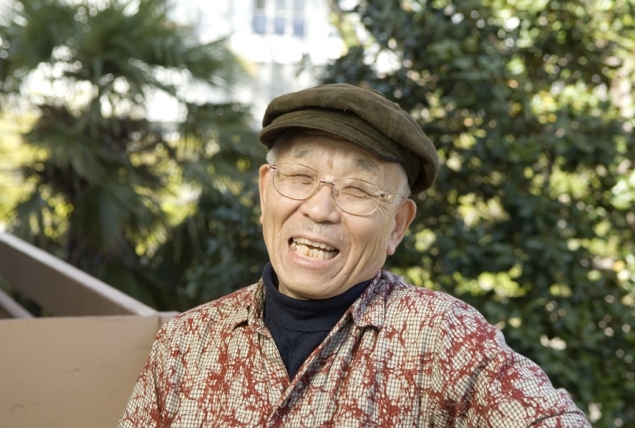 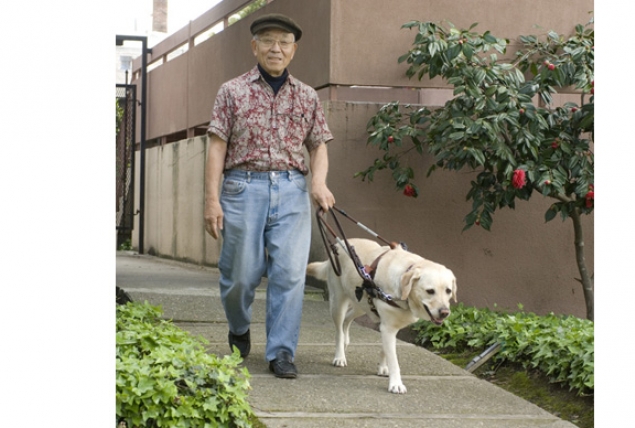 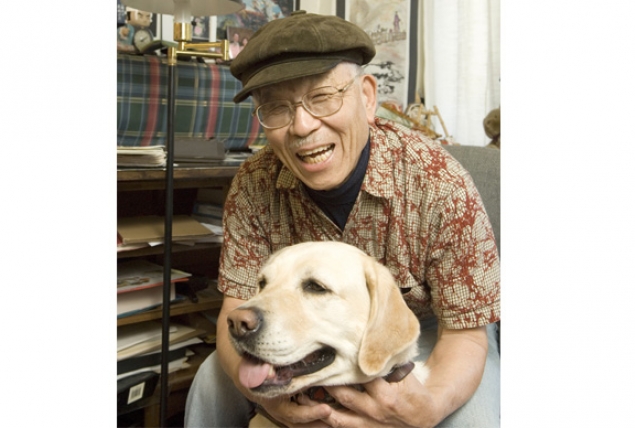 TAKASHI TANEMORI, a Hiroshima survivor, artist, and advocate for peace and forgiveness, lives with his seeing-eye dog in a studio at Stuart Pratt Manor in Berkeley. Before moving into the Manor in April of 2006, Mr. Tanemori lived in independent housing in Lafayette. His living arrangements were “not nearly as affordable as Stuart Pratt Manor,” and he realized that he needed a more permanent and affordable housing situation. Satellite Housing recommended the development to Mr. Tanemori. Mr. Tanemori truly feels that “Stuart Pratt Manor provides for a roof over the head as well as basic human needs like heating and safety, which are essential.” Mr. Tanemori, the father of three children, feels that his children’s worries about his well-being are now generally put to rest. They know that he’s well taken care of and has a safe and consistent environment to call home. Mr. Tanemori describes the staff at Stuart Pratt Manor as “very human and warm-hearted,” which has helped to ease his children’s fears. Mr. Tanemori admits that he used to think negatively about living in affordable housing, and he believes that there is still a common stigma about affordable housing, but living in Stuart Pratt Manor has changed his outlook. “I have an increased gratitude for what organizations like Satellite Housing have provided for people in need.”