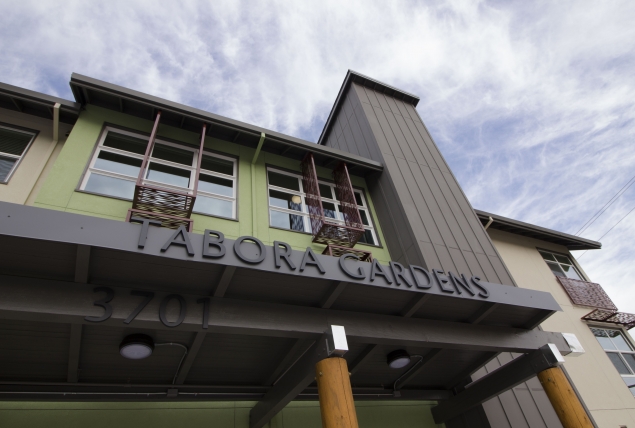 Long-Planned Development for Seniors and Vets Opens in Northern California

Perseverance was the special ingredient behind the 85-unit Tabora Gardens Senior Apartments in Antioch, Calif.

The 85-unit Tabora Gardens Senior Apartments is the latest development by Satellite Affordable Housing Associates. The nonprofit celebrated the opening of the Antioch, Calif., development on June 6, 2018.

Sticking with the project for more than a decade, Satellite Affordable Housing Associates (SAHA) recently opened the long-anticipated development for seniors earning between 20% and 50% of the area median income. Thirty-four of the initial residents are veterans.

It was a long haul as the development team worked to assemble the necessary funding for the approximately $33.7 million development. The project originally started out as a federal Sec. 202 development, but the deal had to be restructured when funding for that program was cut. SAHA also applied five times for low-income housing tax credits (LIHTCs).

By the time all the financing came together, SAHA needed to revise the original design to meet new building codes that had been adopted since the original plans.
The importance of persistence—not only on the part of developers but also residents—was highlighted at the community’s recent grand opening celebration.

During the event, a resident shared how he and his wife had lost their home and was on multiple waiting lists for an affordable apartment before moving into Tabora Gardens. “He talked about never taking no for an answer and continually trying to find a way,” says Susan Friedland, SAHA executive director.

The same could be said for the nonprofit organization, which kept trying even when the project looked like it would never get built. One of the key pieces was the VHHP funding from the state Department of Housing and Community Development (HCD).

Nearly 15,000 California veterans experience homelessness on a given night, representing nearly 26% of the nation’s homeless veterans. In 2008, California voters approved Proposition 12, the Veteran’s Bond Act of 2008, authorizing $900 million in general obligation bonds intended to help veterans purchase single-family homes, farms, and mobile homes through the California Department of Veterans Affairs (CalVet) home loan program. However, demand for the program was lower than projected likely due to the economic crisis and downturn in the housing market..

In 2013, the state restructured the Veteran’s Bond Act of 2008, authorizing $600 million in existing bond authority to fund multifamily housing for veterans. With the approval of Proposition 41 by California voters in 2014, HCD, in collaboration with the California Housing Finance Agency and CalVet, developed the multifamily loan program.

“It’s a great example of a housing issue becoming a public priority and what can be done when there’s enough political will and technical capacity to figure out a creative solution,” Friedland says.

SAHA was able to evaluate this opportunity quickly and applied for funding. The first VHHP funding round included an option to capitalize a long-term operating subsidy reserve to defray scheduled operating deficits for units restricted to chronically homeless veterans or veterans who are homeless with a disability. Exercising this option, SAHA obtained a $5.2 million VHHP loan, which included a $4.3 million base tranche and a $927,241 operating reserve offset tranche, according to Jonathan Astmann, senior project manager at SAHA.

The opening of Tabora Gardens comes at a critical time, especially in Northern California. The housing crisis has reached the point where one in every four Bay Area renter families pay more than half of their income in rent, said Ben Metcalf, HCD director, at the grand opening.

The city of Antioch was also a key supporter through multiple programs, including the Neighborhood Stabilization Program, HOME, and Community Development Block Grants. 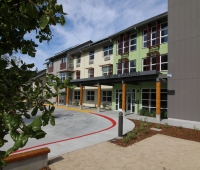 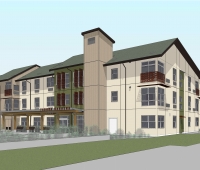 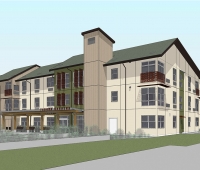