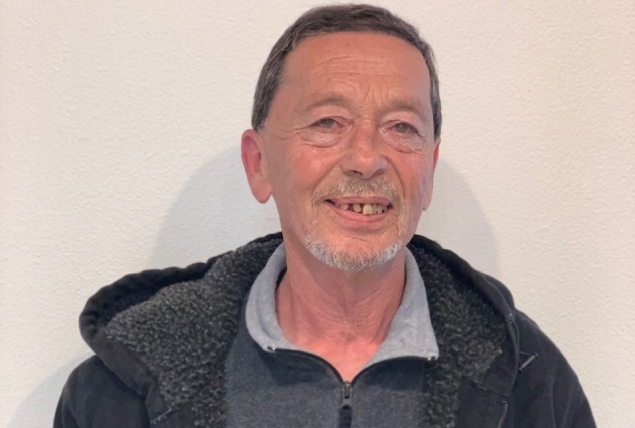 A California native, Ronald Rodriguez grew up in Los Angeles, and moved to Napa 17 years ago. As a new resident of SAHA’s Valley View Senior Homes in American Canyon, Ronald has found a permanent home after struggling with homelessness for many years.

When Ronald first moved to Napa, he enrolled at Napa College and worked in various positions at the Napa School District, and other retail jobs to make ends meet. After losing his job, he found it hard to find adequate housing.  He spent time in and out of shelters and had to survive some uninhabitable living conditions.

Ronald found work again at Target and Walmart, but the wages were not enough to afford housing in the area.  The struggle to maintain a source of income and financial stability while homeless led to a battle with depression.  But his strong work ethic kept him going.

“Coming from a family of hard workers, I knew the importance of working for what you want and maintaining what you have. I knew that one day, I would want to have my own space and a place to call my own,” Ronald says.

While Ronald is currently unemployed, he has yet to give up on what he wants to do and how he wants to serve his community.

He is new to American Canyon – Ronald had only lived at Valley View for two weeks, but he already finds himself being more social and talking to his neighbors, something he felt too shy to do when he was younger.

Ronald has always been a diehard sports fan. He’s always loved to play, watch, and read anything sports-related. Especially golf.

He’s passionate about helping give back, and his goal is to share his love of sports and become a mentor at the local community center once he gets settled in his new home.

“I thank God and SAHA for the opportunity of a lifetime – the ability to live in a brand-new home,” Ronald says. His first-floor apartment allows him to come and go despite a long-time leg injury.  Ronald has to “pinch himself” sometimes because it feels like a dream.  Having a stable, safe, affordable home means he can get back to the life he was pursuing before homelessness, including going back to school and getting a part-time job.

With the support of family, case workers and managers, and SAHA site staff, the transition from shelter living to permanent housing at Valley View Senior Homes has been a smooth one for Ronald. and he feels less stress now that he has the basic resources he needs to live. We are so glad to have Ronald as part of our SAHA community.  Welcome home, Ronald. 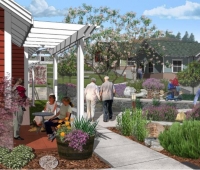