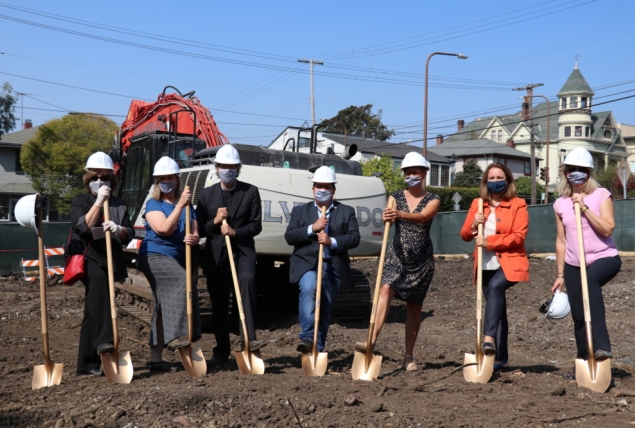 The project, called Jordan Court, will create housing for low-income and formerly homeless seniors at 1601 Oxford St., according to a press release from Satellite Affordable Housing Associates (SAHA). It sits on land formerly occupied by an old parish house of the All Souls Episcopal Parish next door.

When the parish began to consider what it would do with the old building in 2015, it chose to build affordable housing rather than market-rate units on the site, said Philip Brochard, the All Souls rector, at the groundbreaking.

“We chose this path to create shelter and homes for vulnerable residents of Berkeley,” he said.

Jordan Court will house seniors whose income is between 20% and 60% of area median income, the statement says. The Berkeley Housing Authority is providing 24 project-based Section 8 vouchers, which enables low-income households to pay only a third of their income for rent. Twelve of the units will be set aside for formerly homeless seniors with serious mental illnesses with help from the No Place Like Home program.

The project will also include two apartments for church staff and 20 parking spaces for the church and Jordan Court residents. 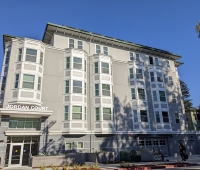