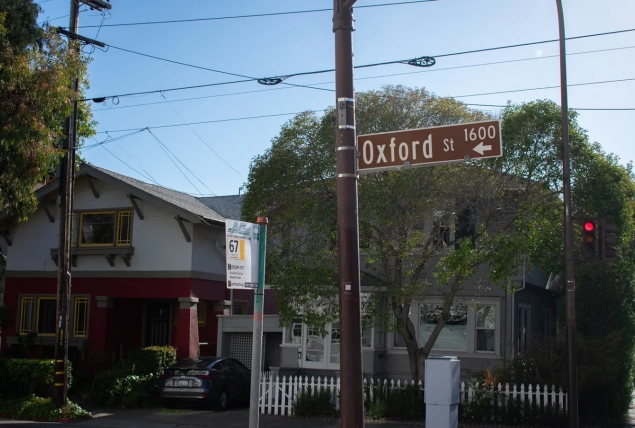 Jordan Court, an affordable housing community of 34 studios for low-income and formerly houseless seniors in North Berkeley, celebrated its grand opening on Thursday.

All Souls Episcopal Parish, which owns the 1601 Oxford St. site, developed the units in collaboration with Satellite Affordable Housing Associates, or SAHA, according to a SAHA press release. Of the 34 studios, 12 are set aside for formerly houseless seniors. Jordan Court also offers community spaces, support services and apartments for church staff.

“We are very open and excited to build in North Berkeley since there are very few affordable housing opportunities there,” said Carrie Lutjens, senior project manager at SAHA. “We are pretty much all leased out.”

A study from the UC Berkeley Labor Center found that three out of 10 seniors in California cannot cover their basic needs, especially those who are older, unmarried or renting.

According to Phil Brochard, rector at All Souls Parish, he experienced “joy and gratitude” during Jordan Court’s grand opening, citing Berkeley Mayor Jesse Arreguín as a champion of the project. Work on Jordan Court began eight years ago, before the housing crisis reached a “fever pitch,” Brochard added.

He noted the project cost $25.5 million, with a majority of the funding coming from the federal government’s low-income tax credit program, which Brochard described as the “backbone” of affordable housing developments.

“For us, as a Christian congregation, we have a deeply held belief that we are in this together,” Brochard said. “We felt like one way to do that was to provide housing and support in a community that was vulnerable and unable to access that.”

In addition to streamlining the approval process, Alameda County also made the application process for Jordan Court efficient, according to Lutjens. She explained that applicants were patient with regard to the waitlist, despite not being able to move in until February due to construction issues.

“The idea is that folks age in place, so hopefully they can stay indefinitely,” Lutjens said. “There are supportive services by SAHA and others so folks have the support they need to age in place.”

While there is significant public support for the project now, Brochard said there was small, but vocal, opposition in the beginning.

However, a cultural shift that occurred in 2014 helped push Jordan Court along as the housing crisis worsened.

“We wanted to do our part as neighbors to weave even more tightly the fabric of our community,” Brochard said. “Parish, Jordan Court and the wider community are going to be stronger for it.”

Ashley Tsai contributed to this story. 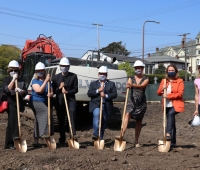