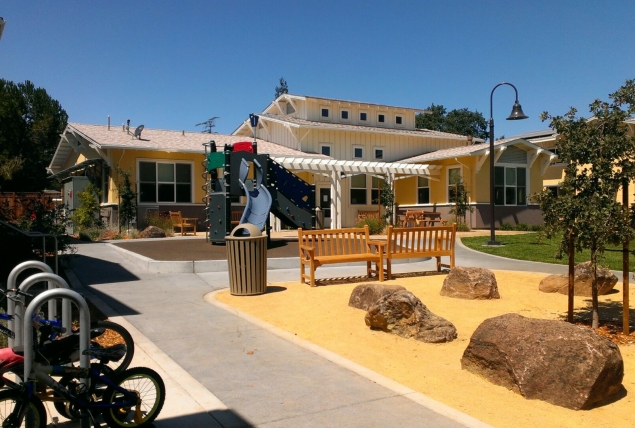 Sonoma Mayor Ken Brown is set to cut the ribbon today at the opening of Valley Oak Homes, a 43-unit residential development for low-income residents at 19344 Sonoma Highway just west of downtown Sonoma.

The $17.5-million project, which finished construction last month, was built Satellite Affordable Housing Associates (SAHA). The nonprofit development focuses on housing for extremely low-income and low-income residents, defined as those living at or below 50 percent of the area median household income, which was $74,900 in 2013, according to the threshold set by the U.S. Department of Urban Development for Sonoma County.

Rents at Valley Oak Homes range from $450/month for a one bedroom to $1,065 for a three bedroom. The project received nearly 500 applicants for the 43 units, SAHA officials said.

“Valley Oak Homes meets the highest standards for green building and water-efficiency," Brown said in a statement. "It’s also a welcoming, attractive community for residents. I’m proud of the many efforts made by the City, SAHA and our partners to ensure this kind of beautiful, resource-conserving housing is available at fair, affordable rents to Sonoma families earning the least high wages.”

City and SAHA officials touted the project's green building components, including solar photovoltaic and thermal panels to provide energy for the common areas, permeable paving to allow water to replenish ground water reserves, bioswales to reduce stormwater runoff, and a grey water system that recycles water used in the community building for landscape use.

The city of Sonoma bought the property at 19344 Sonoma Highway from a private owner in 2008 and selected AHA (now SAHA) as the developer in 2009. 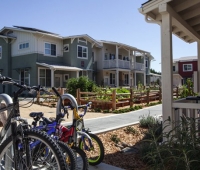